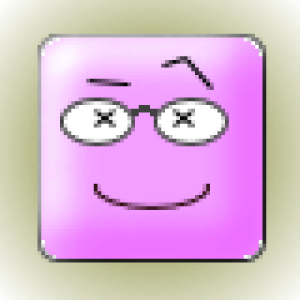 The SKILSAW SPT44A-00 13 Amp Reciprocating Saw joins Skilsaw’s extensive product range. Amongst the company’s newest offerings, this reciprocating saw comes equipped with a new, patented technology known as ‘Buzzkill’ – a name capable of exciting and intriguing even the most indifferent of power tool buyers.

But does the SPT44A-00’s fulfill the promise of its compelling moniker, or does it flatter to deceive?

While its motor is significant, the SKILSAW SPT44A-00 13 Amp Reciprocating Saw can only match the typical 1 – 1/8 In stroke length of rivals in a similar price bracket, and with 0-2800 SPM, this Skilsaw product is a little disappointing in terms of its cutting speed.

However, removing the standard carbide blades and experimenting with different tooth configurations in the saw can produce significantly more efficient cutting, so be prepared to invest in superior blades to maximize the SPT44A-00’s performance.

Despite its relatively lackluster performance, the SKILSAW SPT44A-00 13 Amp Reciprocating Saw comes into its own where user-friendliness is concerned as its ability to provide cutting power with minimal vibrations sets it apart from competitors.

Thanks to its patented Buzzkill technology, the SPT44A-00 delivers unrivaled vibration suppression, which not only makes it comfortable to use but also extends the life of the saw by reducing wear and tear.

Another pleasing characteristic of the saw is its D-shaped handle, which makes gripping the tool easy irrespective of how it may be tilted or angled during use.

With a comparatively modest price tag, Skilsaw’s 13-Amp reciprocating saw offers exceptional value for money. One would be hard-pressed to find a similarly powered reciprocating saw which can deliver results with such low vibration levels and potential longevity.

Priced very competitively, the SPT44A-00 is a steal, but as previously mentioned, it may be necessary to splash-out on additional blades and a carry case in which the SKILSAW SPT44A-00 13 Amp Reciprocating Saw lacks.

By boasting its unique ‘Buzzkill Technology,’ the SKILSAW SPT44A-00 13 Amp Reciprocating Saw raises buyer expectations to considerable heights. In terms of its promise to reduce vibrations, this saw doesn’t disappoint – it truly is a leader in its class in this department.

However, the somewhat lethargic cutting speeds leave much to be desired, and for this reason, some professionals demanding high cutting speed performance might look elsewhere.

For numerous other professional tradespeople and DIYers, though, the Skilsaw’s SPT44A-00 offers eyebrow-raising value for money. It’s safe to say that the minimal vibrations and competitive pricing provided by the SKILSAW SPT44A-00 13 Amp Reciprocating Saw can entice anyone in the market for such a tool.

Amazon Affiliate Disclosure – As an Amazon Associate we earn from qualifying purchases.